Brechfa residents have their say

Brechfa residents have their say after illegal rave

A full community hall in Brechfa turned out to meet Police and Crime Commissioner Dafydd Llywelyn, Member of Parliament Jonathan Edwards and Police Chief Constable Mark Collins after they held a public meeting in the village following the illegal rave over the bank holiday weekend.

It is estimated that between 1,000 and 1,500 revellers descended on Brechfa over the course of the weekend leaving local residents furious about the loud music, increased traffic, the negative effect on tourism and the rural economy, and concerned about the potential for the event to happen again in the future.

Police and Crime Commissioner Dafydd Llywelyn coordinated the public meeting on Thursday, where he brought together the local MP and the most senior police officer in the force to outline the operational decisions taken by the police, and provide an opportunity for residents to share their experiences.

Chief Constable Mark Collins stood by the operational decisions taken by the force, explaining that the safest thing to do for both public and police safety was to "contain" the event. The Chief Constable went on to inform residents that his officers were actively pursuing a number of inquiries to identify the event organisers.

He also confirmed that the force and the Police and Crime Commissioner's office would be conducting a review of events and would report back to residents at a further meeting in around two months.

Speaking after the event, Chief Constable Mark Collins said: "I'm thankful to the Brechfa community for a constructive meeting, which gave me the opportunity to explain the police response to the bank holiday weekend's illegal rave.

"Police officers are highly trained to safely deal with these types of challenges, and on this occasion the most appropriate action was prioritising containment of the event to reduce the amount of revellers arriving in the area.

"I would like to reassure the community we have started a criminal investigation into the event organisers and are working with partners to improve the intelligence picture about these dynamic events, so resources can be deployed as effectively as possible.

"Following this event we are now reviewing the force's response to illegal raves, to minimise their impact on local residents."

"As an immediate response to local concerns, I arranged a public meeting at Brechfa Hall on Thursday evening. I am acutely aware of the impact that the illegal gathering had on local residents, and it is important that we work together to learn the lessons from the weekend's events.

"Together, we established a set of clear action points to take forward, and I have received assurance from the Chief Constable that Dyfed-Powys Police is currently reviewing its response protocols, with new guidance to be issued in due course.

"I want to thank all those who attended on Thursday to voice their concerns - it is clear that working with rural communities and partners is key to preventing such unwanted occurrences, including establishing how areas can be made inhospitable to illegal gatherings, while remaining attractive beauty spots."

Speaking afterwards he said: "The meeting was absolutely vital in order to properly appreciate the concerns of residents, as well as their sincere fears that this could happen again if lessons are not learned from the weekend's event.

"A number of key areas were identified, such as ensuring the appropriate access routes to the forest are closed properly, and how the community can work together to provide intelligence to the police.

"After a full and frank discussion the meeting ended positively with a set of clear action points and a commitment from the Police to come back to the community in a couple of months to update residents on the investigation, the operational review and what measures will be put in place in future." 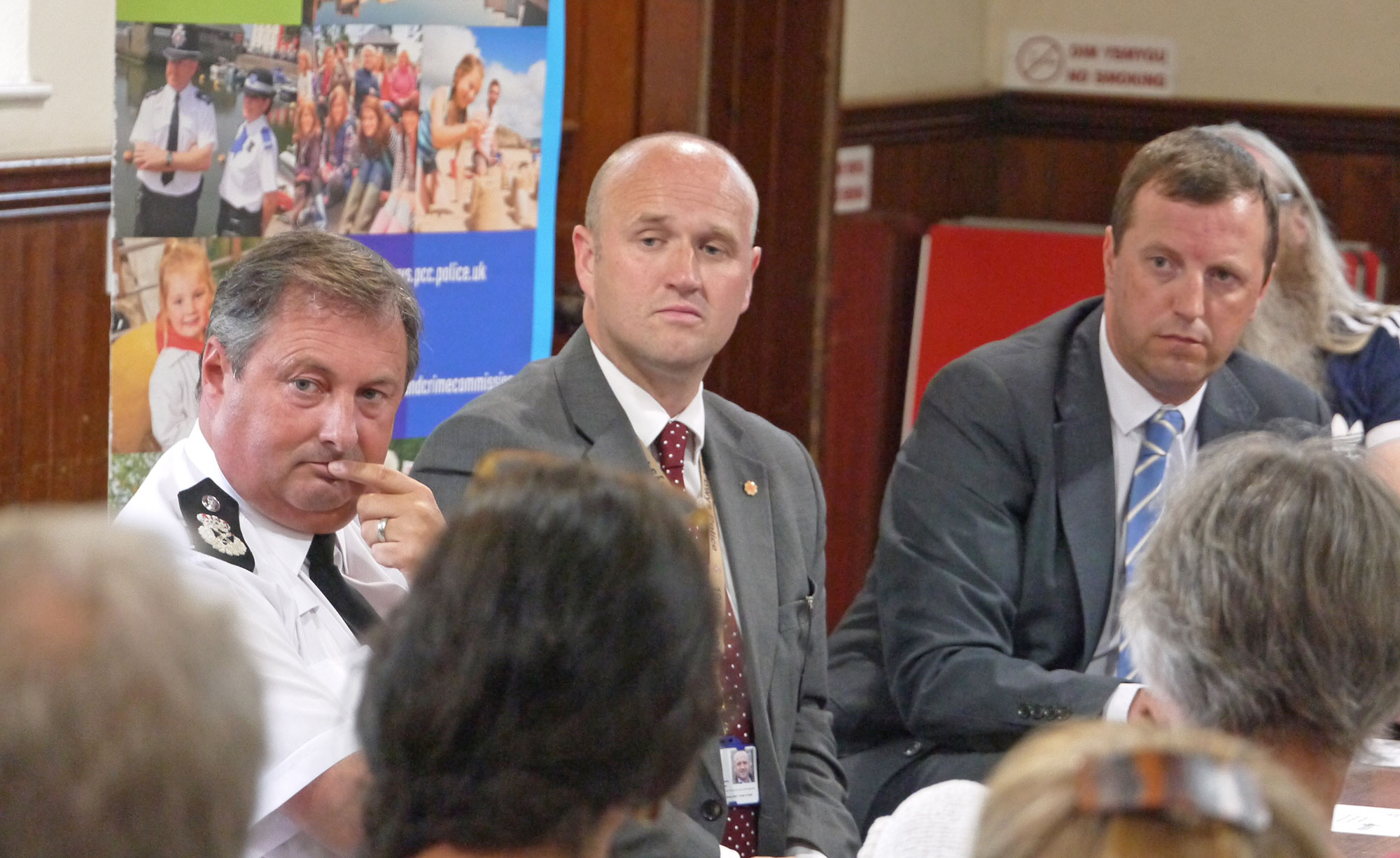