The work of police cadets and volunteers has been celebrated at an All-Wales Youth Policing Convention hosted by Dyfed-Powys Police and Crime Commissioner Dafydd Llywelyn.

This was the first time for all four Welsh forces – Dyfed-Powys, Gwent, North Wales and South Wales – to join together to showcase the work their cadets have been involved in, giving volunteers the opportunity to share best practice and build better relations across Wales.

Opening the event, Mr Llywelyn said: “It is a privilege to have organised the first All Wales Youth Policing Convention, sponsored by AM Elin Jones, our Llywydd at the Senedd in Cardiff.

“It’s important that our young volunteers understand how they contribute to policing in Wales.

“Today’s event is about putting a Welsh stamp on the work of the cadets and recognising the impact that they have on our communities.

“As a priority set out in my Police and Crime Plan, I am keen to develop opportunities for young people, to get them more involved and have their say about policing and crime in their communities.

“The All Wales Youth Policing Convention gives our youth policing volunteers an opportunity to share best practices, and enable the four Welsh forces to learn from our cadets on how the service can best engage with future generations.”

SCs Young and Jenkins are among the force’s first cadets to enrol into the Special Constabulary, and credit the cadet scheme with giving them the skills and confidence they needed to progress.

SC Young said: “I joined Dyfed-Powys Police in 2015 when I joined the first intake of Volunteer Police Cadets.

“After successfully completing the application process I began my training in January 2019 and attested as a Special Constable in May this year.”

The event is one of many initiatives Mr Llywelyn has taken to engage with young people across Dyfed-Powys. In the past year he has become a trustee of Embrace Child Victims of Crime, raising £1,000 by running the London Marathon; funded a project which will raise awareness of young people’s rights surrounding sexual exploitation, and worked to tackle hate crime among young people.

He said “I am passionate about engaging with young people and encouraging them to influence and challenge decision making, and I will continue to promote the work the young volunteers do in our communities to ensure that their voices are heard.”

For more information about Volunteer Police Cadets and what they do, visit https://vpc.police.uk/ 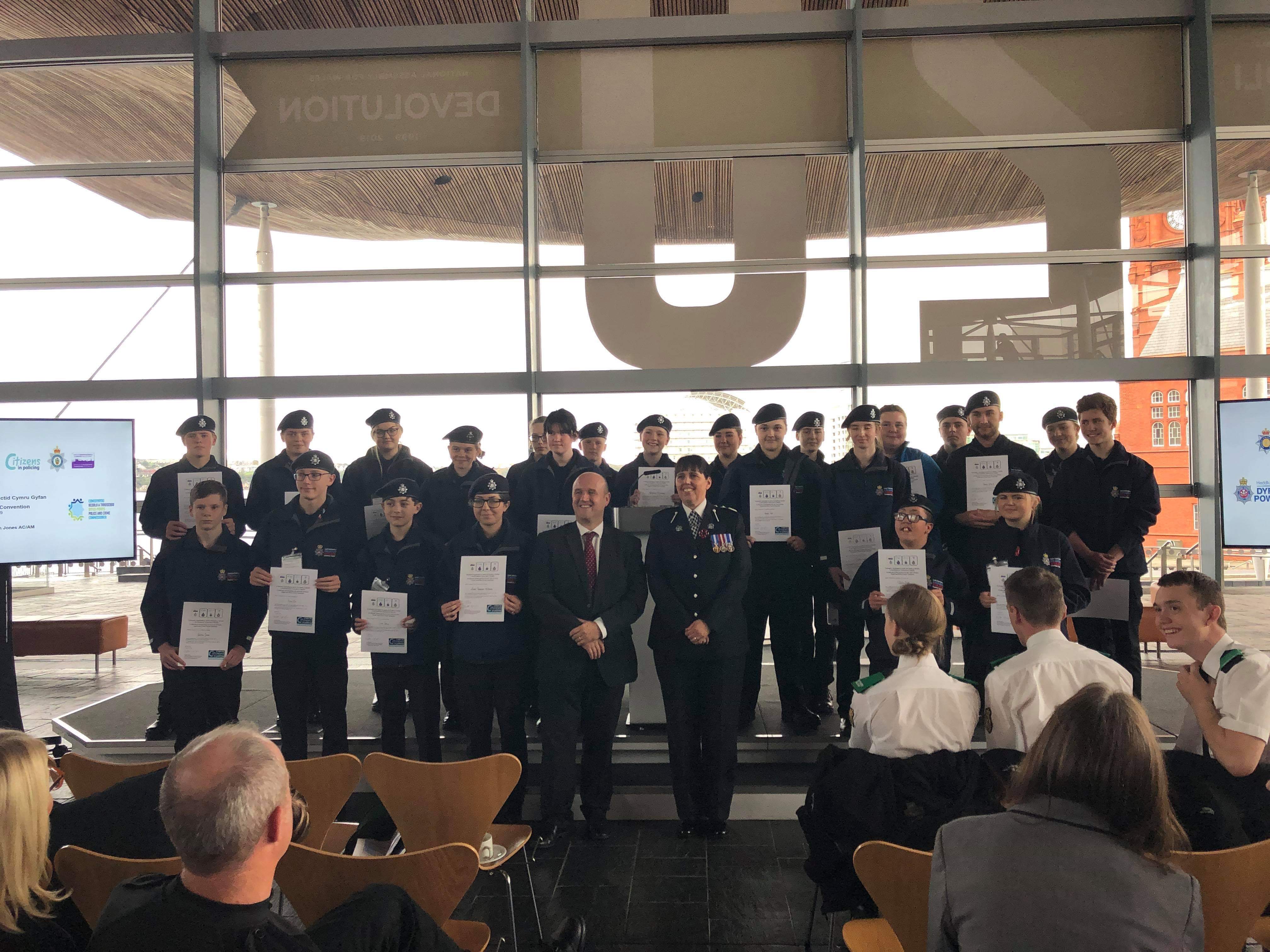