Police and Crime Commissioner Dafydd Llywelyn has this week congratulated colleagues at Dyfed-Powys Police, as the Force is officially awarded Investors in People (IiP) GOLD accreditation – an accolade achieved by only 7% of UK organisations subscribing to IiP.

It has taken a considerable amount of work for Dyfed-Powys Police to achieve this status, coming only three years after being told by the IiP that the force had not met the standard accreditation. We were then given a period to work on issues identified.

Specific areas of improvement have included:

“The motivation to serve the community is palpable, with a desire to continually improve the service. Officers, staff and volunteers are always eager to bring their ideas to the table, and an open and visible leadership culture has been nurtured to make this happen.

“While policing often operates in a very hierarchical way, we have developed an organisation where everyone is empowered to speak up, to challenge and to contribute – with the benefit to the community always at the heart of that.

“I’m delighted that the force has been awarded a Gold accreditation, and along with the chief officer team, I too am looking forward to positively contributing the future of our local policing service”.

Chief Constable Mark Collins said: “This is a massive achievement for us. Only 7% of organisations achieve gold accreditation and as such we are justifiably proud

“Being such a big force geographically, brings many challenges, not least our ability to be visible and to be present. The chief officer team have worked hard over the last couple of years, spending time talking to the workforce, understanding issues and working on a plan of action to move us forward together."

“We participate in the Investors in People programme, because it casts an independent eye across our organisation, working practices and culture.

“We’ve made big steps forward, but there’s always more to learn, and we continue to ask for feedback, innovation and honesty from our staff, in order to drive continuous improvement.

Jackie Lewis, the IiP assessor said: “The progress over the last three years at Dyfed-Powys Police has been significant, it was encouraging to speak to so many people who are passionate, caring and committed to serving their communities.” 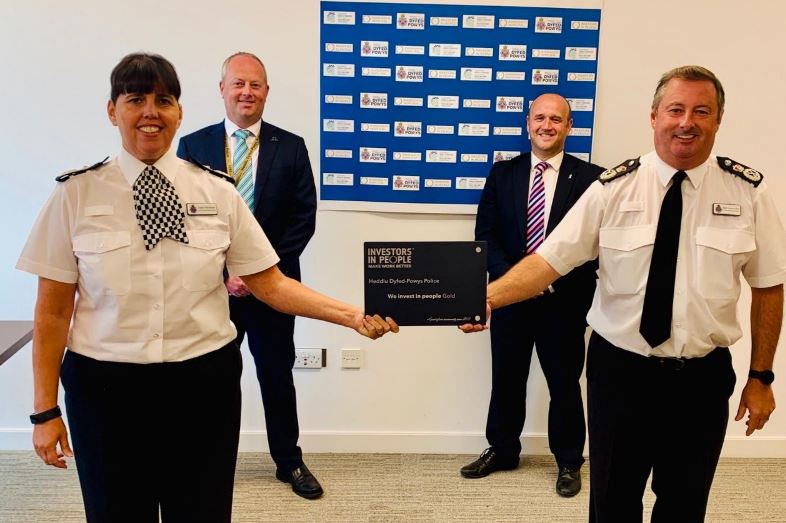