The areas of Elli 2 and Tyisha 2 within Llanelli town centre looks set to be made safer for residents and businesses following a successful bid for further government funds by Police and Crime Commissioner for Dyfed-Powys, Dafydd Llywelyn.

The application to the Safer Streets Fund for nearly £90,000 was made in March and approved by the Home Office in June.

The money will be used to fund two Community Wardens, environmental improvements such as increasing street lighting in the area, purchase Selecta DNA and bike register Kits for local residents and a small grant scheme for community groups and charities to run their own projects.

Police and Crime Commissioner Dafydd Llywelyn has already secured £195,673 from the Home Office’s Safer Streets Fund, back in 2020, to work with local community safety partners in Carmarthenshire to tackle crime in the area, and recently met with the local Neighbourhood Policing Team to see the impact of the investment to date.

PCC Dafydd Llywelyn said; “It was great to be down with the local Neighbourhood Policing Team in Llanelli recently supporting their work with the distribution of some of the Crime Prevention Kits purchased as part of the first successful bid to Safer Streets.

“Primarily this funding will reduce crime by preventing the opportunity for robberies and thefts to take place on the streets. The environmental improvements such as additional street lighting for example  will not only deter criminal behaviour but will also improve the feeling of safety for everyone in the community.

“The additional funding announced recently will complement the significant investment we have already made to prevent crime from happening in the area and reducing anti-social behaviour which makes people feel unsafe.”

So far, within the entire initiative, 143 households have received extra Target Hardening Tools. Efforts will continue throughout July, with the local Neighbourhood Policing Team currently working with Tyisha Community Wardens, Mid and West Wales Fire Service (Community Fire Safety Team) and Carmarthenshire County Council Trading Standards to ensure all residents in the area are offered the support needed through the initiative.

The Leader of Llanelli Town Council, Cllr Shahana Najmi said: “It is really positive news that the second year of safer streets funding has been secured for the Elli 2 and Tyisha Ward 2 areas.

“A great deal of work was completed through the first year funding and the developments that will be made possible during the second year will help make the area a safer place for residents and local businesses.

“Llanelli Town Council is pleased to be a key partner of the project and looks forward to working with the Police and Crime Commissioner to continue with the delivery of the planned improvements.” 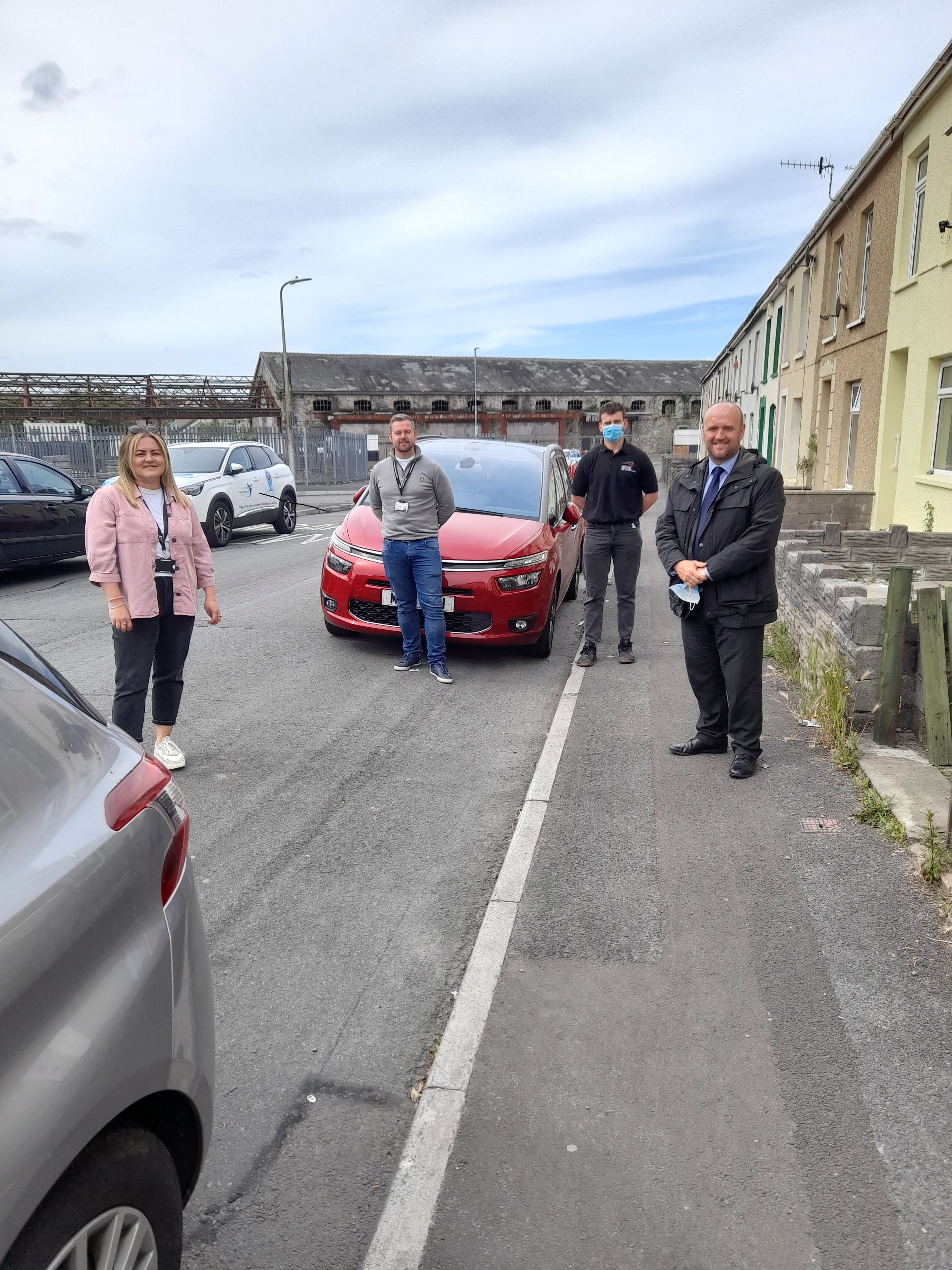