On Monday 08.11.21, in his capacity as the Chair of Trustees to Safer Dyfed-Powys Diogel charity, Police and Crime Commissioner presented a cheque of £1,000 to Swansea City AFC Foundation at Richmond Park in Carmarthen, to purchase football kit and equipment so that the most disadvantaged children can participate in the recently launched Premier League Kicks initiative.

The aim of the Premier League Kicks initiative is to use football and sport in general to inspire children and young people, and bring communities together.

Earlier this year in September, PCC Dafydd Llywelyn put pen to paper on a three year deal with Swansea City AFC Foundation, and awarded a grant of £300,000 to the Foundation’s Premier League Kicks programme to roll out free weekly football sessions to children and young people in five areas across the Dyfed-Powys Force area over the next three years, one of which is located in Carmarthen.

Since sessions began in October, over a hundred children and young people from Carmarthen have signed up to attend, and turn up on a weekly basis at Carmarthen Town FC’s Richmond Park to participate in the sessions with Swansea City AFC coaches, and engage with local Neighbourhood Police officers.

Police and Crime Commissioner Dafydd Llywelyn said: “It has been a privilege to see first-hand, the impact the PL Kicks scheme is having on children and young people within the Dyfed-Powys area. As a sports enthusiast, I am fully aware of the influence that sport and exercise have on the health and wellbeing of individuals and communities in general.

“On occasions we will see children and young people turn up without appropriate footwear, kit and equipment, so in handing over this donation from Dyfed-Powys Police’s charity, we will ensure that all children are provided with what they are needed to participate in these valuable sessions, and that no one is excluded”.

Chief Inspector Mark McSweeney said; “Our neighbourhood policing teams are proud to be supporting the PL Kicks initiative that is being funded by the Police and Crime Commissioner.

“At Dyfed-Powys Police, we take pride in engaging with our communities from all backgrounds. These football sessions, happening right across the force area, enable our children and young people and their parents/carers to engage in sport, and with our neighbourhood policing teams too.

“Something as small as giving a child or young person a piece of football kit or a pair of boots in order for them to be able to participate when they may not otherwise be able to afford this is massive. We are extremely grateful to the Trustees of Safer Dyfed-Powys Diogel for funding this equipment.”

Craig Richards of Swansea AFC Foundation said; “We thank the Police Crime Commissioner and everyone associated with the Force Diogel Charity for their continued support towards our PL Kicks programme. This funding will help to remove another barrier to participation by providing young people with football boots and equipment to participate in one of our weekly football sessions in the Dyfed Powys area.” 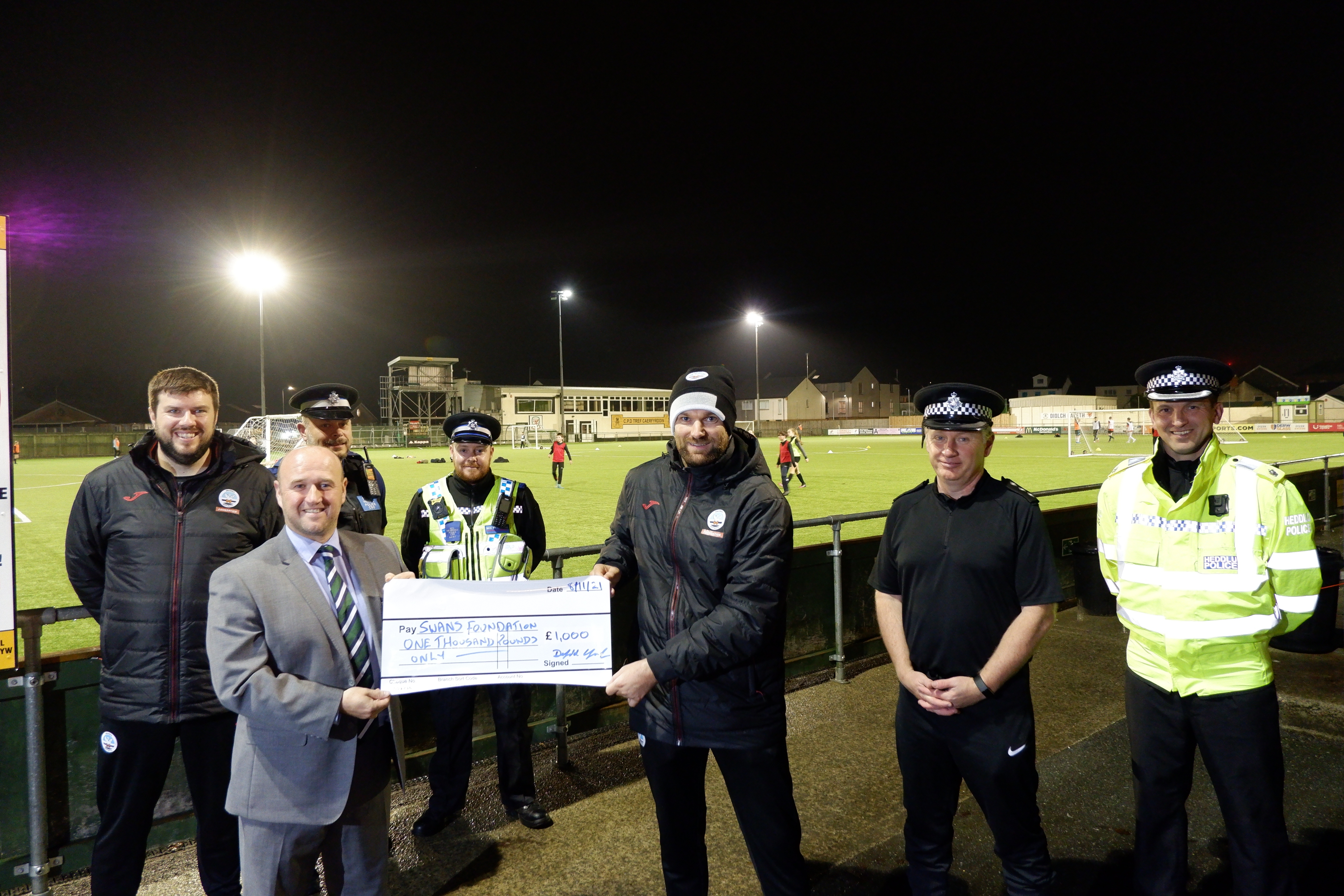