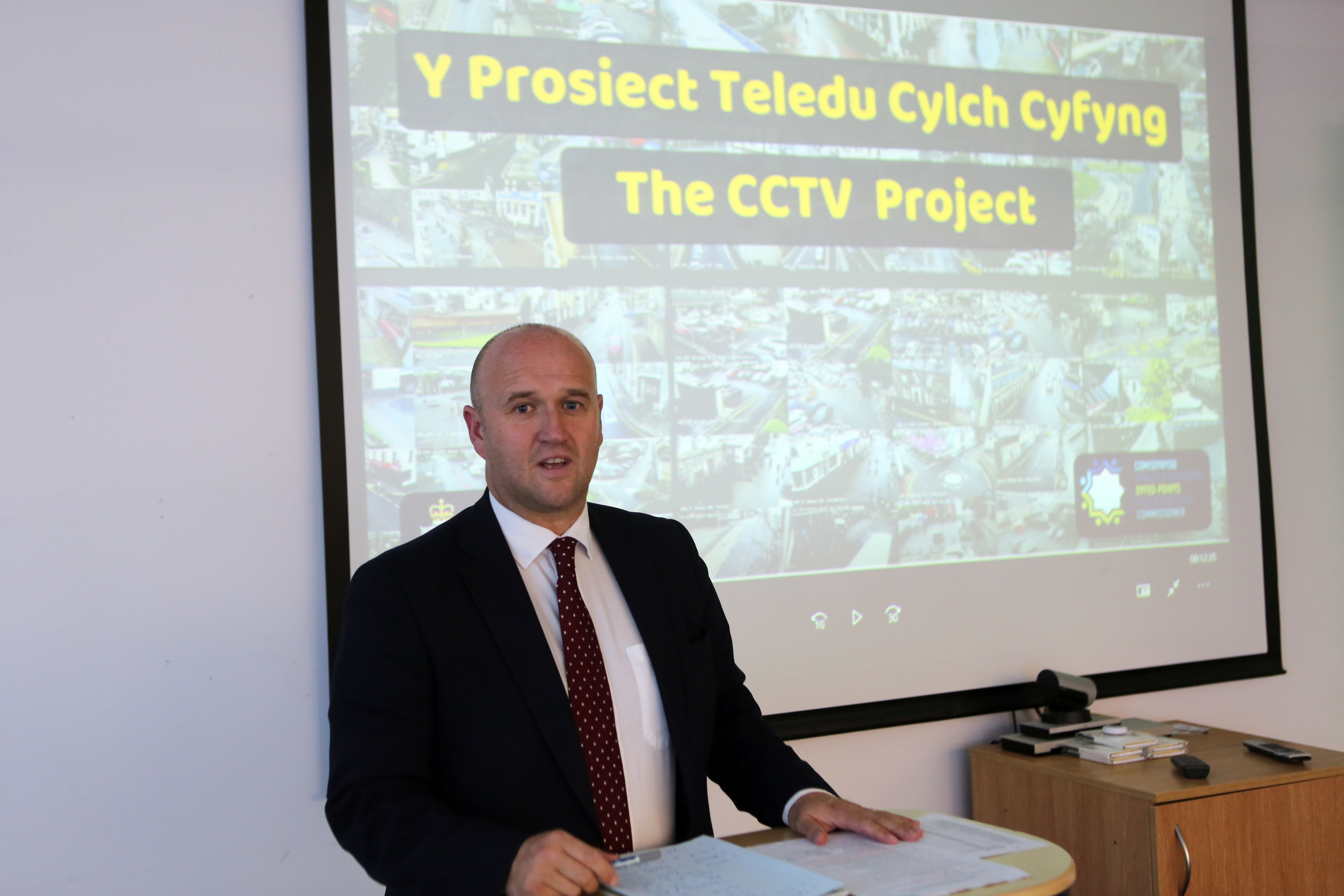 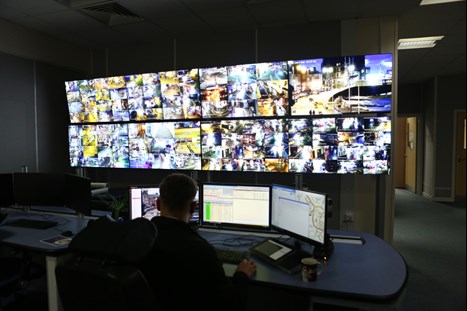 Police and Crime Commissioner Dafydd Llywelyn has hosted events to mark the official launch of the new CCTV infrastructure in 17 towns throughout Pembrokeshire, Carmarthenshire, Ceredigion and Powys.

When Mr Llywelyn made his election pledge to reinstate CCTV in the force area he was determined to see it come to fruition.

State of the art HD CCTV cameras with 25x optical zoom and 360 degrees turning capability, have been installed in 17 towns.

To celebrate the accomplishment, the Police and Crime Commissioner invited AMs, MPs, Councillors and other community representatives to Police Headquarters to see for themselves how 123 cameras are being proactively monitored from a centralised monitoring suite.

Police and Crime Commissioner Dafydd Llywelyn said: “I am really pleased that the CCTV project has come to fruition and is now entering its final stages. I am very grateful to see the force responding to the pledge I made to reintroduce a CCTV infrastructure in the Dyfed-Powys Police force area:  To deliver this project has taken a lot of effort from lots of different people - diolch.

“It’s all about making sure our communities are as safe and secure as possible and it is very encouraging to see the positive impact the CCTV infrastructure, its centralised monitoring suite and our team of CCTV operators are having on policing throughout the force.  I felt very proud to have been able to open our doors to the community representatives, for them to see the system to understand the level of investment made and for them to see the impact CCTV is already having throughout the force.”

Camera locations were identified by listening to community concerns matched with a review of crime pattern analysis. This included analysing the towns’ crime data, the number of emergency and non-emergency calls for police service received, the level of reported anti-social behaviour and hate crime incidents.

The cameras are monitored from a suite located in the Force Communications Centre, where all emergency and less urgent calls for police support are received. The cameras are proactively monitored by a team of four CCTV Operators who are overseen by a CCTV Coordinator.

Commissioner’s Quality Assurance Panel Member, Susan Thomas, attended one of the events. She said: “I found the event very informative. I particularly enjoyed visiting the control room and seeing the vast display of screens and the close proximity of the call handlers and the CCTV officers. It was interesting and reassuring to see the pan and zoom the camera to show its capability. When he did this it was clear to see the pixilation put over private windows, I think this was reassuring and the kind of detail that the public needs to be aware of.”

CCTV footage has already proven crucial evidence in police investigations. The quality of the footage has been so compelling, some suspects have pleaded guilty to the offences they were accused of. One such example being a grievous bodily harm case where a male victim was knocked unconscious with a single punch to the head outside The Met Bar in Llanelli in November 2018.

The incident was clearly captured on a Dyfed-Powys Police CCTV camera and when presented to the suspect, he pleaded guilty. He was sentenced to 20 months in prison.

In Newtown, Powys, a young man was captured on CCTV smashing a shop window walking through the town on a night out. He was identified from the CCTV. He had no recollection of the incident as he was under the influence of alcohol. He apologised profusely to the shopkeeper and paid for a new window.

As well as helping in the prevention and detection of crime, CCTV is assisting with the protection of vulnerable people in the force. Operators assist with searching for missing people and people in mental distress. There are clear examples of how vulnerable people have been swiftly reunited with their loved ones thanks to CCTV acting as an extra set of eyes covering a much larger area on camera than officers could on foot in the same length of time.

Chief Constable Mark Collins said: “We are dealing with an increasing number of vulnerable people with mental health or personal issues that have caused them to go missing or to experience mental distress. Police receive calls of this nature and have to respond quickly to fulfil our duty of care. All we want to do is reunite them with their families and ensure they don’t come to any harm. CCTV is having a significant impact in this area, finding missing people, locating people who are threatening to harm themselves and bringing matters to a positive conclusion. The new infrastructure and the monitoring team are an invaluable tool that we are already making good use of within the force.”

Works are on-going to fit cameras in seven more towns selected for the final phase of the project. Lampeter, Burry Port, Llwynhendy, Newcastle Emlyn, Machynlleth, Ystradgynlais and Narberth will benefit from the hi-tech cameras. Works are expected to be completed by early 2020.

These 17 towns have been identified for CCTV reinvestment: